In 2007 Simon Lister of Pro-Active West London contacted us requesting quotes for various work within the organisation and soon after FAS Media Ltd started working with them (Pro-Active West London), who were a sports organisation created by the government to empower average people to get active through sport and exercise, at the same time and linked to the promotion of the 2012 Olympics in London. We produced oversized A4 400gsm matt laminated presentation folders for Pro-Active South, North, West and Central London and went on to do the Annual Reports for West, East and Central London for a number of years.

These annual reports were each bespoke designs targeting the vibrant lifestyle of Londoners who wanted to improve their fitness and weight levels by incorporating sport into their everyday lives. The booklets were up to 32 pages, mostly square, measuring 210mm x 210mm, and stapled at the spine. We even went on to produce an A5 landscape 32 page book that was (uniquely) ’bolted’ together. They were all full colour with some library photos that we supplied and some original photos supplied by the customer.

As well as this there was some great ‘cutting edge’ design.

Pro-Active wanted designs that reflected the lifestyles of the target audience and would encourage that audience to increase their fitness level through sport and exercise, and could be used in all their future publications. Pro-Active were working to a previously published design guide, so we had to incorporate this with our design and create something new and stylish while still taking into account all the information in the original guide.

As well as the original folders and Annual reports, we went on to design and produce; 16 page Brand Booklets; Open Day flyers; 4pp A4 newsletters (for West London and Central London); West London Marathon T-shirt design, A6 flyers and posters; Get up and Go logo as well as 6pp DL Get-Up and Go brochures; Aqua Teen (logo) flyers and posters;

One of the charities linked with Pro-Active was Minet Country Park and their ‘Tour-de-Hillingdon’, which was promoting the start of the Tour de France which, that year, had the start line in London. In association with Hillingdon Council and Pro-Active, we produced a booklet and posters advertising the events Hillingdon were organising in Minet Country Park, Hayes, the same weekend that the Tour de France was starting in Central London. We produced an 8 page A5 portrait booklet listing the ‘cycle based’ events that were planned for the day. The cover of the book showed a toddler riding his bike with stabilisers along side a group of professional ‘tour de France’ type riders, displaying the ethos of encouraging average people to join in sport and sport related events. We used the graphics from this cover to design the A0 ‘back-lit’ posters which were displayed at bus stops and hoardings in the borough.

Another link with Pro-Active, Hillingdon, London Swimming and Sport England was

Aqua eXtreme, a children’s swimming organisation that planned ‘Fun’ swimming events in the borough for which we produced a logo, posters, roller banners etc.

The logo was based around the Pro-Active logo which was used as the X in eXtreme and was aimed at children so the finished logo had to look fun and be linked in some way with water.  With the blue main colour and the addition of the ‘drips’ with an orange border, this worked well.

Also linked with Pro-Active and Aqua Extreme was ‘Aqua Teen’, another swimming organisation that developed events for girls and young women in the boroughs of Ealing and Harrow. We designed and produced a logo and various different sized posters and flyers for their events. 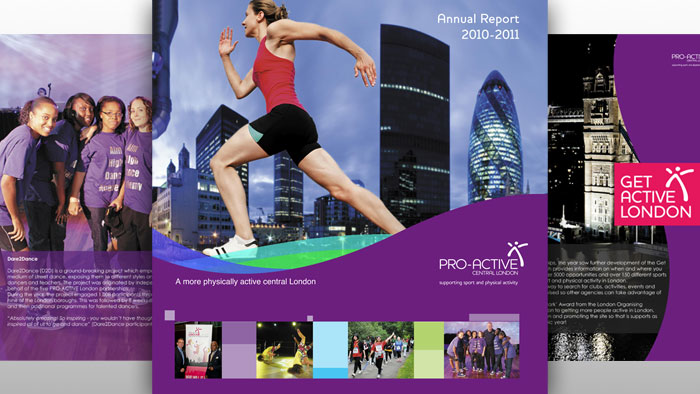 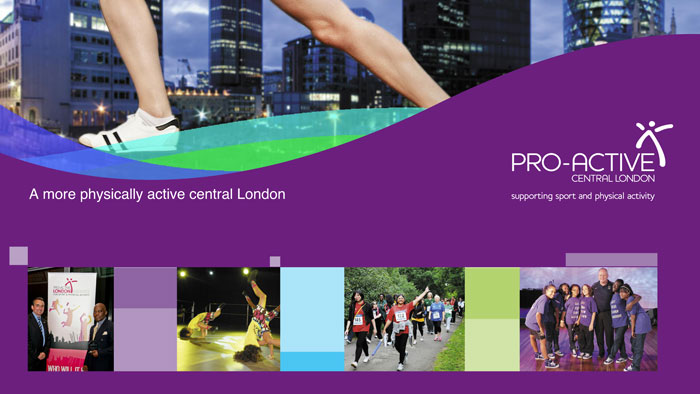 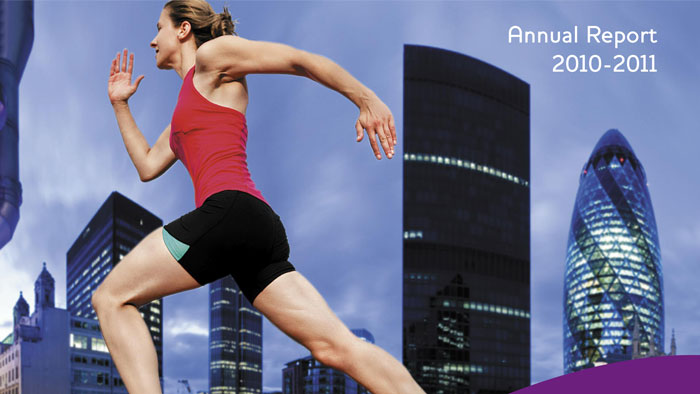